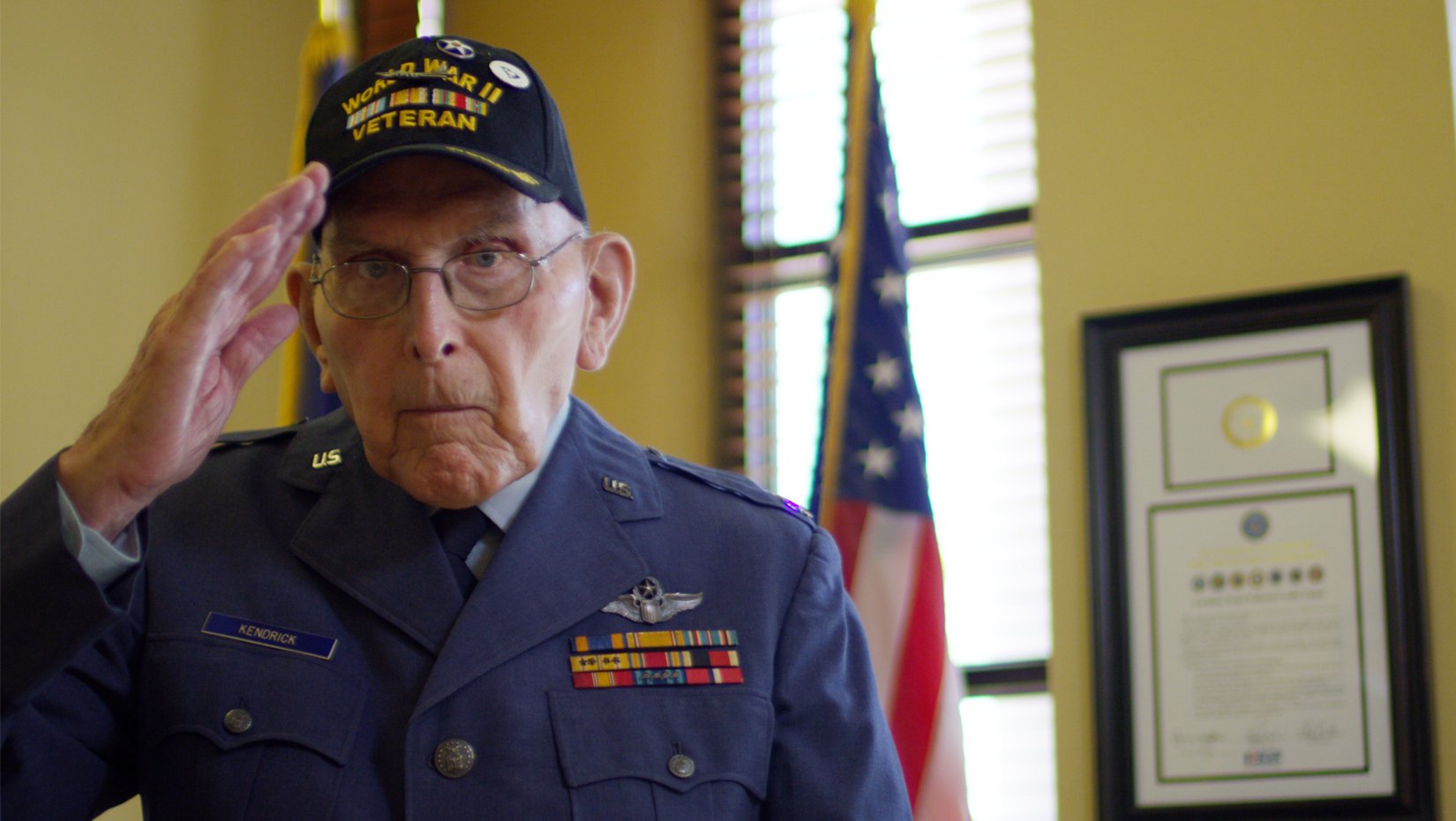 Lt./ Col. James B. Kendrick would have celebrated his 103rd birthday this Wednesday, May 18th. In celebration of his first heavenly birthday, we wanted to share his Community Focus article from our May 2019 member newsletter, The Caroliner.

When you first meet James (Jim) Kendrick, Lt./Col. USAF/Retired he will try to make you believe he is nothing special and just an average 100-year-old man. However, to know Lt./Col. Kendrick and to talk with him is an honor, and one will quickly learn he is far from “nothing special.”

He is from the “Greatest Generation” and his first-hand accounts as an experienced pilot in World War II are riveting to say the least. Lt./Col. Kendrick’s extensive career started in 1936 when he entered The Citadel in Charleston, SC and became interested in flying.

During his military career he learned to fly over 14 different types of airplanes, including a WWI plane that had no brakes and no radio. His favorite plane was the B-25. Although he never anticipated becoming a fighter pilot, he fulfilled many successful missions throughout his distinguished military career.

When asked how he accounts for his long history of safe flying, he answers with some personal advice he was given early in his career by Eddie Rickenbacker (then ­President of Eastern Airlines):

During his first 6 years in the Air Force, from 1940-1946, he was transferred 17 times, which afforded Lt./Col. Kendrick and his family an incredibly varied military experience. He lived everywhere from Fort Worth, Texas to Ishema of Okanawa, where he scouted out a Japanese Air Base north of Tokyo to see if it was suitable for Army Air Force Units before the surrender that ended WWII.

After WWII, Lt./Col. Kendrick was stationed in Washington, DC and Germany before he retired in February 1968, after 28 years of service. It was then that he made Myrtle Beach, SC his home, and began working in real estate and as a Director of Stanly Hardware Company.