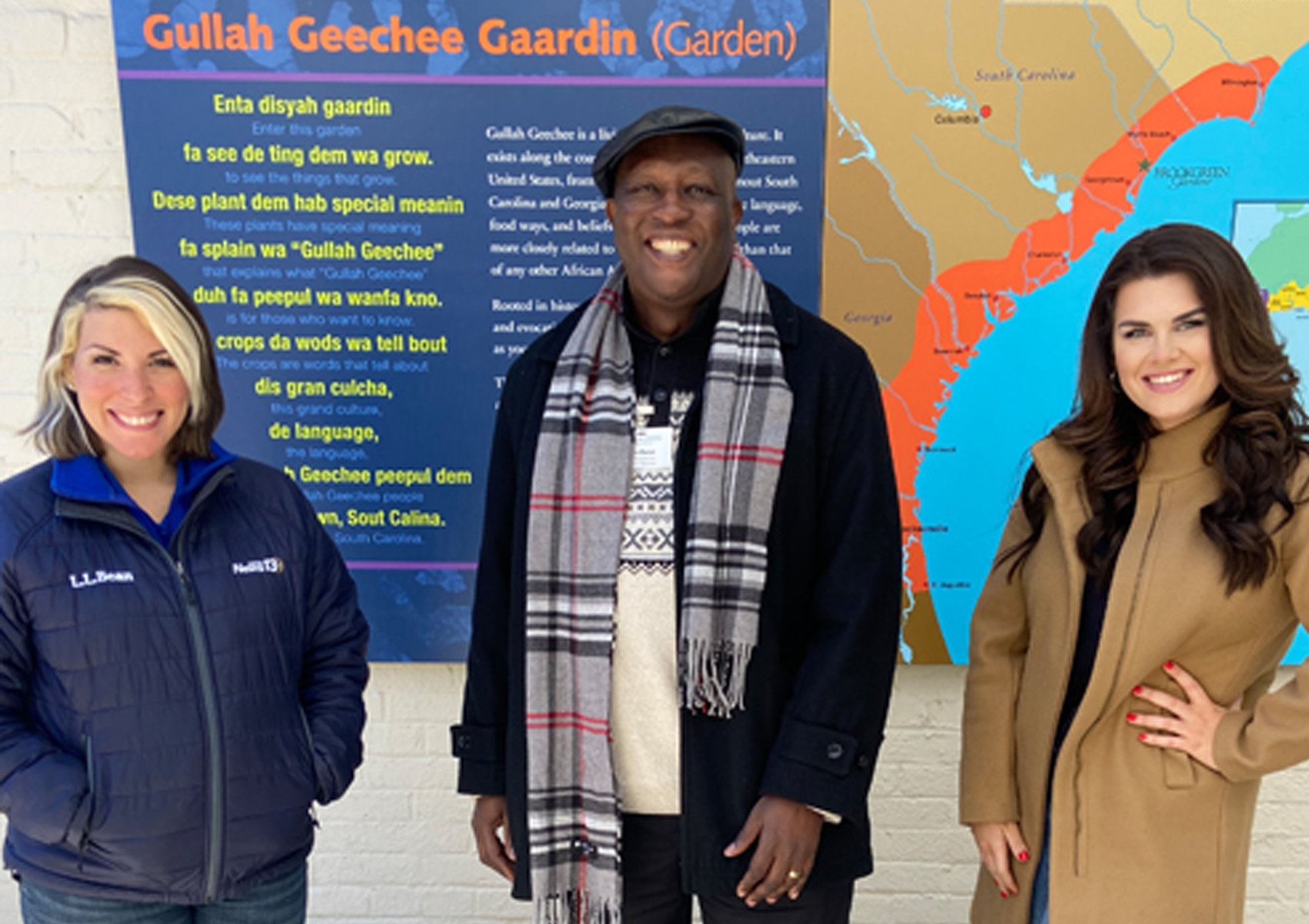 In honor of Black History Month, Carolina Trust highlighted influential African American men and women all month long on our weekly Living Local Carolina segments. The individuals whom we had the honor of talking to had such inspiring and interesting stories. It was such an honor to learn about their lives and the hurdles they had to jump through in order to succeed.

On the first week of the month, we met with Conway's Mayor, Barbara Jo Blain-Bellamy. Mayor Blain-Bellamy is the first African American Mayor in the city's history. After getting to know Mayor Blain-Bellamy, I would describe her as the ultimate high-flier. She never stops learning, goal-setting, and achieving new things. She believes in her abilities and pushes herself to accomplish the things that she sets her mind to. Although some might consider it risky, she chose to give up her seat on the city council and go back to law school at age 46. An example to us all that you can do anything you want at any age; it's never too late. Who would've guessed that such a bold move would have led her where she is today, as the city's Mayor. Although Mayor Blain-Bellamy has accomplished so much in her life, she is such a humble woman. She sees her position, not as one of power but service. Not only does she serve her city well, but both the female and African American community, as an inspiration and a leader.

We talked with Ron Daise, Brookgreen Gardens Vice President of Creative Education and Gullah Descendants, for our second segment. You may recognize Mr. Daise from the hit Nick Jr. television series, Gullah Gullah Island. Before the show's filming, he did writings and performances about what was known as Sea Island culture. As a native of St. Helena Island, he grew up very proud of his sea island culture, which is, in fact, Gullah culture. Gullah culture originally descended from West Africa and was brought to America, where it spans down the eastern coast from Wilmington, NC, to St. Augustine, FL. It was so interesting to learn about an African American culture that is still alive right here in our area, yet we know so little about it. I've seen items like sweetgrass baskets and other products typically associated with the low country but never knew that they're actually part of the Gullah Culture. Mr. Daise took us through the Gullah exhibits at Brookgreen Gardens, where we experienced a taste of Gullah culture first-hand. I highly encourage everyone to visit and experience it for themselves, so that we may all be more educated about the beautiful culture and its history.

On week three, we talked with BP Gas Station Franchise Owner, Kimberly Claridy-Walker. Mrs. Claridy-Walker is the first African American female in the country to own a BP Gas Station Franchise. As inspiring as that is, she is actually a serial entrepreneur, owning multiple businesses and a non-profit organization, The Kimberly Claridy-Walker Foundation. Ms. Claridy-Walker decided to become an entrepreneur to have something to leave behind for her children to support themselves financially. As they've gotten older, she's has prioritized teaching them how to successfully run a business, as well as others in the community who are interested in entrepreneurship.

Our last feature for Black History Month was Taylor's Barber Shop in downtown Marion. The barbershop, which has been named a South Carolina Historic Landmark, has been in operation for over 100 years. Rev. Thomas E. Taylor founded the barbershop with a vision of operating a business for white patrons. He ran the barbershop out of the bottom floor of the Jenkins Hotel, which used to stand on the corner of Main and Dozier streets where present-day Martin's Service Center now stands. As his business grew, Mr. Taylor built his own shop across the street, which is the barbershop's current location and has been since 1904. Since its opening, the barbershop has seen many changes throughout the years with owners and operators. Still, it is now considered by some to be the oldest, continuous barbershop in the state. We got to talk to P-Nut, who recently took over ownership of the shop. He gave us a little insight into the shop's history and what it means to him to work at an establishment that is cherished so much by the community and filled with history.

I learned so much about African American culture and history from filming the Living Local Carolina Black History Segments. I hope you all as viewers enjoyed them and were able to learn a lot too. I think it is so vital that we educate ourselves about African American History and take time to celebrate the success and achievements of those in the past who paved the way for the present.